Good Morning!  Wow, it's been awhile since our last release, so I'm extra excited to present our new release images to you today!

Awhile back, I asked my sister to draw me the Chinese Zodiac animals so that I could make a wall calendar featuring all of them and sell them at craft fairs.  I will share this old project with you later this week.

Check in tomorrow for our introductory posts on these two fellas... 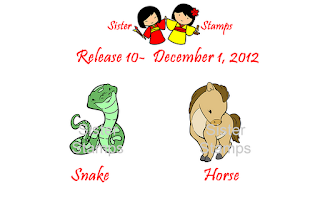 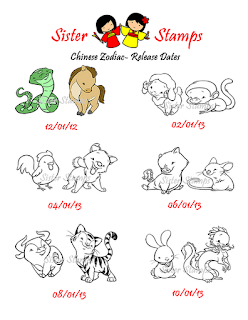 And for those of you who look forward to our regular images, don't worry... we have lots of new images in store for you in 2013!  Some of the new images will be released with the Zodiac animals and some may be released in between. Check back here or on our facebook page for more updates.  See you tomorrow!

Email ThisBlogThis!Share to TwitterShare to FacebookShare to Pinterest
Labels: Zodiac